Forward Michael Cunningham started his footballing journey with the East Fife Junior Supporters Club as a 6-year-old, excelling in a side 2-years  above his age group, before moving on to Celtic at the age of 10. Mikey moved on to Dundee in the summer of 2018, making his debut in the Betfred Cup in July 2019 before spending the first half of last season on loan at Edinburgh City.

17-year-old goalkeeper Liam joins us from Fife Elite and recently featured as a trialist in our matches against Queen of the South, Dundee North End and Burntisland Shipyard. Liam will be part of the first team squad but is also eligible to play for the Under 20s.

18-year-old midfielder Lewis Anderson came through the youth ranks at Hearts and Dundee United before joining the Fife Elite set-up. Like Liam, Lewis featured in several our pre-season matches and is also eligible to play for the under 20s side this season. 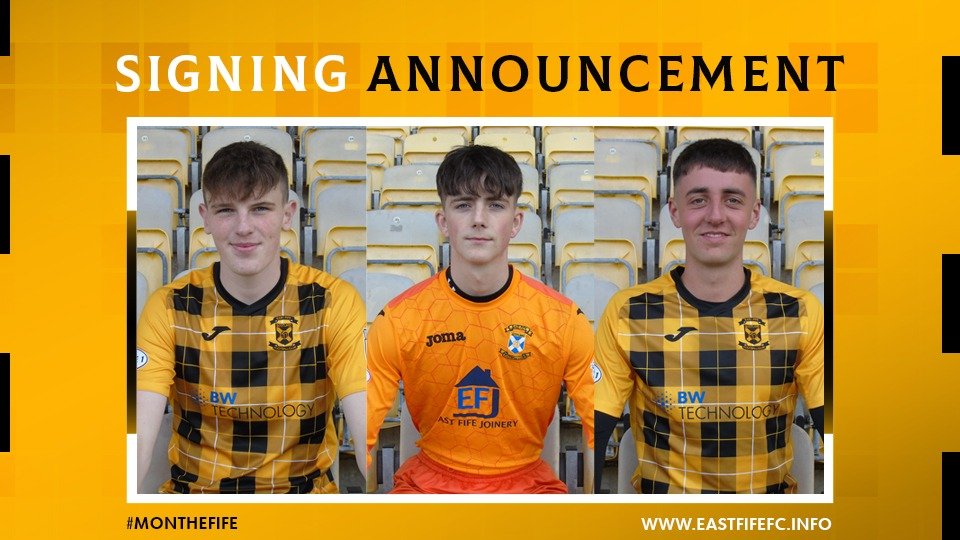